On this page you can find an overview of greeting cards and paper crafts that I’ve created in the past (for family and friends). I hope you like them and may they inspire you to create something new. 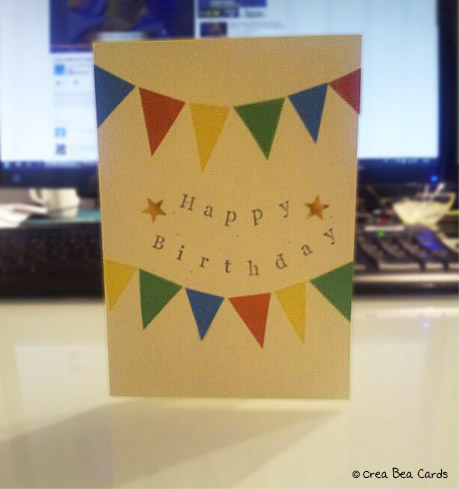 This was the very first card I crafted. It was a birthday card for a friend of mine, who’s birthday is also in March. 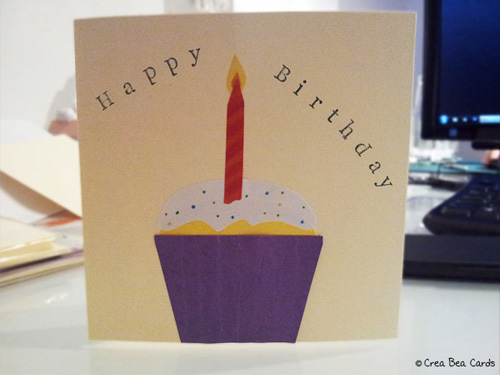 I crafted this cupcake birthday card for my godmother. It brings back memories about a friend’s birthday a few years earlier. 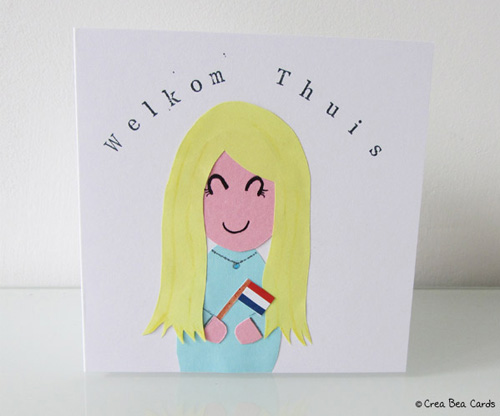 I crafted this card for a friend who went to China for 8 months and returned recently.

I made this card for a friend’s bachelor party. All invitees were asked before to give the bride to be a greeting card with a nice message about marriage. 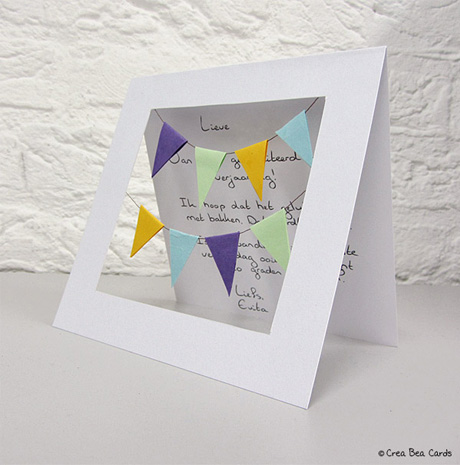 I made this card for a friend’s birthday which I unfortunately couldn’t attend. 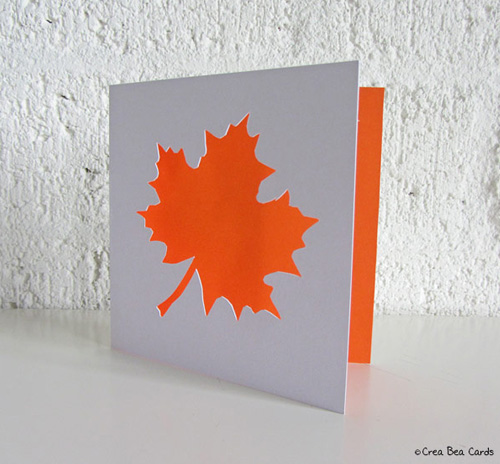 This card was crafted for a family member who suffered from a life-threatening disease. She had to stay in the hospital to receive treatments. 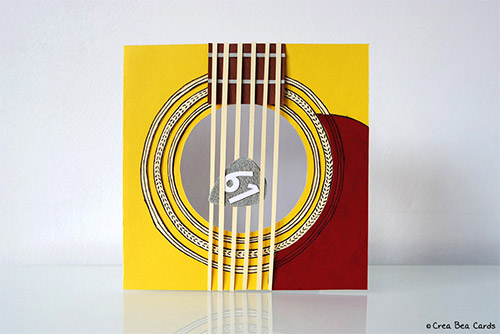 This acoustic guitar card was crafted for my dad’s birthday in 2015.

He turned 61 that year and really loves playing the guitar. He owns both an acoustic and electric guitar. I thought it would be nice to create a card which shows a close up of his acoustic guitar. The plectrum displays his age in a subtle way. 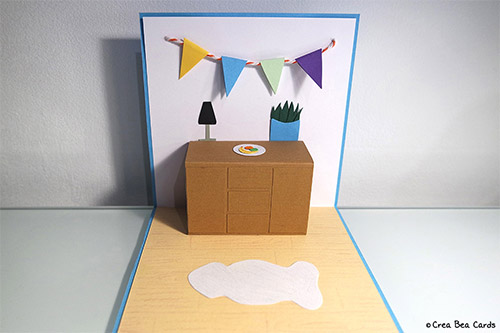 Last weekend I attended a birthday of a dear friend. She got her own place some time ago and buys home decoration every now and then. I made her a pop-up greeting card, displaying a living room. The money for her birthday is hidden in the sideboard.

I want to create more pop-up cards, to experiment with them. There are so many possibilities! Who knows, there might come a pop-up Christmas card? 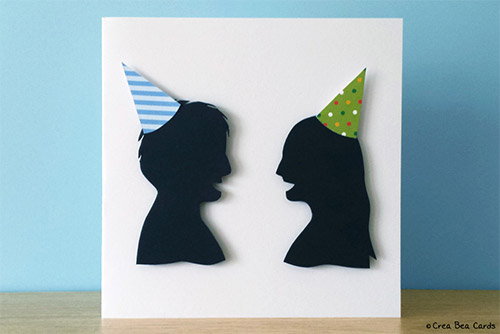 People silhouette party hat card
This card was made in 2015 for my sister-in-law and her boyfriend.

They celebrated their birthdays together, so I created a card that was for the both of them.

I drew their silhouettes by looking at pictures on Facebook 🙂 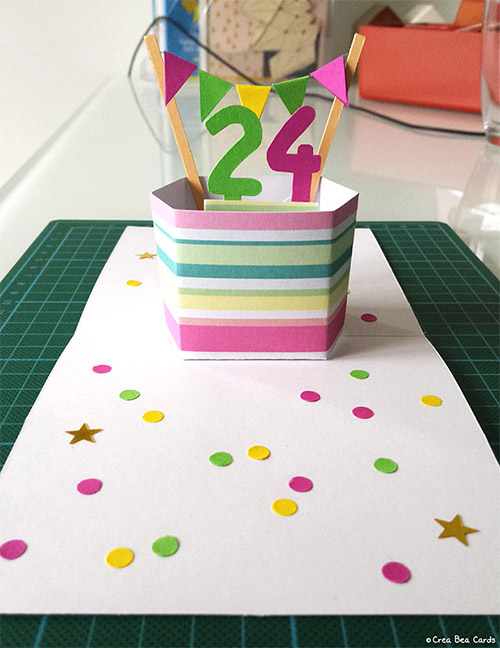 This pop up card was made for my sister’s birthday in 2015.

I just started experimenting with pop up cards back then and thought it would be nice to craft a card for her in this style. 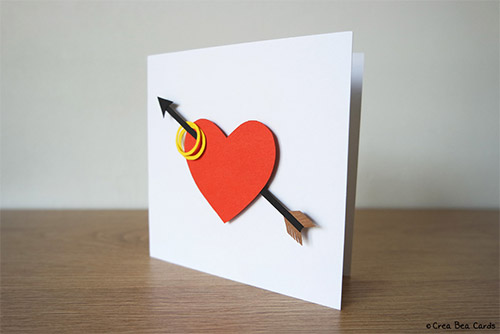 In Summer 2015 dear friends of me got married. I crafted this love card for them as a present. 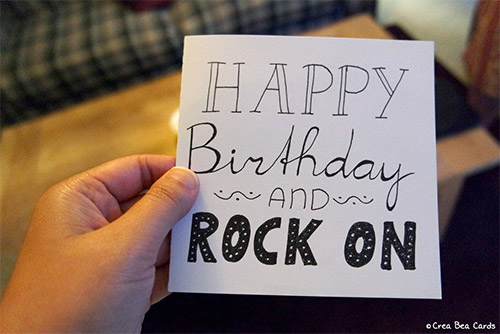 This handlettering card was crafted for my dad’s birthday in 2016.

It’s my first handlettering card ever! I crafted it after browsing through a Handlettering book.

In his free time my dad sometimes performs with his blues rock band called “Wooden Paul”, which is why I included the words “ROCK ON” 😀 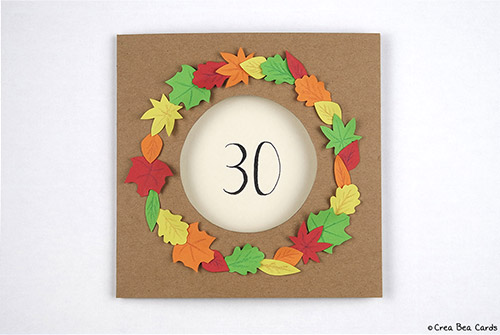 In October a dear friend turned 30. It’s a special number! I made her this Fall leaves card since her birthday is in this season. The card contains the warm colors of the Fall leaves and a touch of handlettering.” 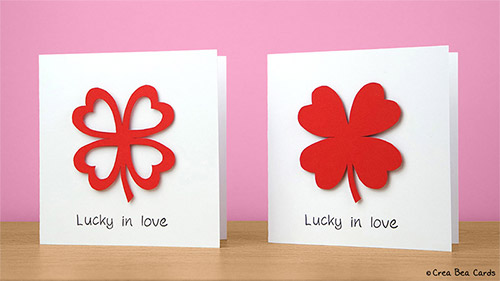 In general people consider the four-leaf clover as a symbol of good luck. Luck also applies to love. Are you lucky in love? 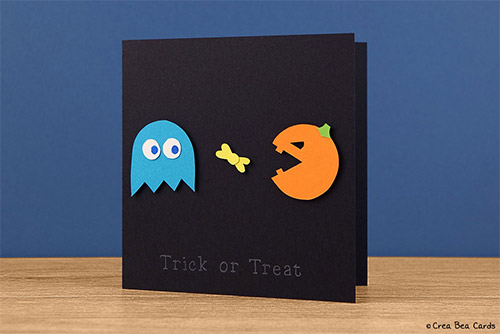 Does the word Pac-Man ring a bell? Pac-Man is a classic arcade game. That’s what this greeting card is all about. Just like in the game, the ghost is being chased by Pac-Man. Pac-Man is dressed up for Halloween as a pumpkin and eats sweets on its way. 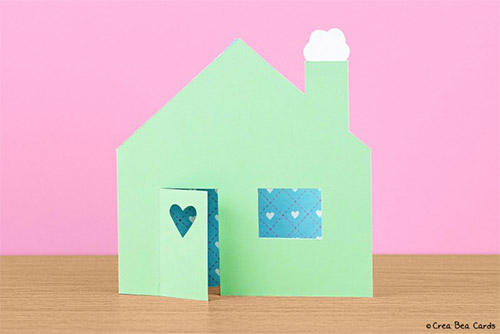 A friend of me recently got her very own house. I’m so happy for her! ? She’s put a lot of effort in making it her home with her own style. Recently she organized a housewarming party, so I made her this card.

A heart is the ultimate symbol of love. This heart is full of love, just like the butterflies you feel in your stomach when you’re in love. 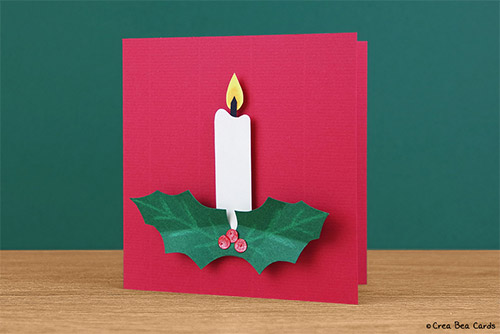 Let’s get cozy with this Christmas candle card. Candles are a great way to make your home feel warmer, especially during Christmas time. 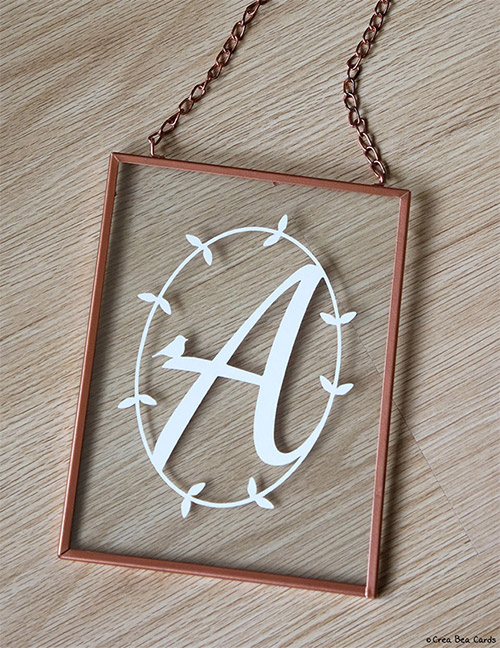 I made this framed papercut for my sister’s birthday in 2016. Her name starts with the letter A 🙂 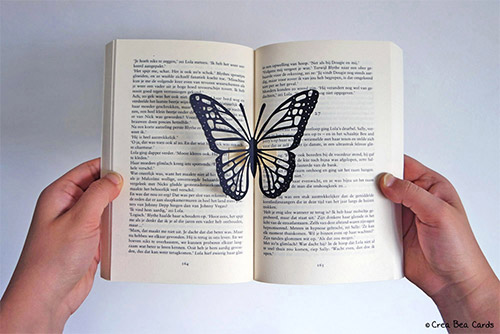 Butterfly pop-up book
A dear friend loves butterflies and reading very much. I combined both interests in a present for her birthday: a papercut butterfly pop-up in the middle of a book. 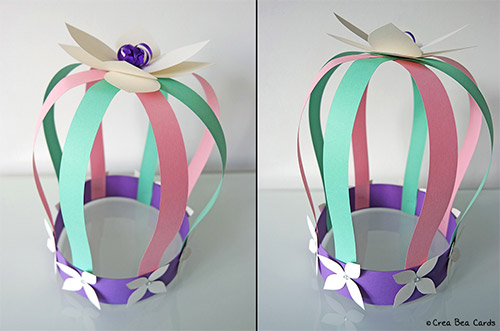 In The Netherlands, when you’re in kindergarten, the teacher usually makes you a paper crown when it’s your birthday. As a child, it made you feel like a king/queen 😉 I thought it would be nice to create a paper crown for her. 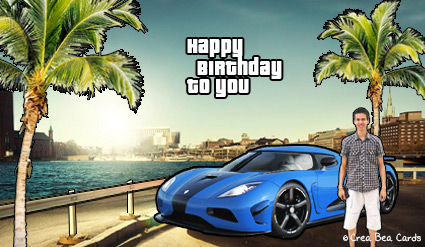 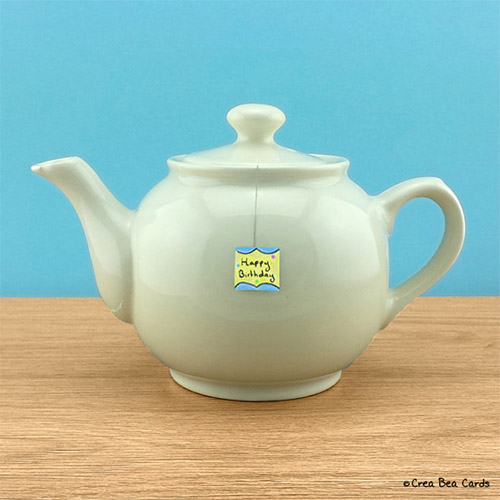 Afternoon tea gift idea
It’s nice to give away an experience as a birthday present.

Gift idea: some years ago I gave a teapot, including tea bag voucher, to a friend as an invitation to an afternoon tea. 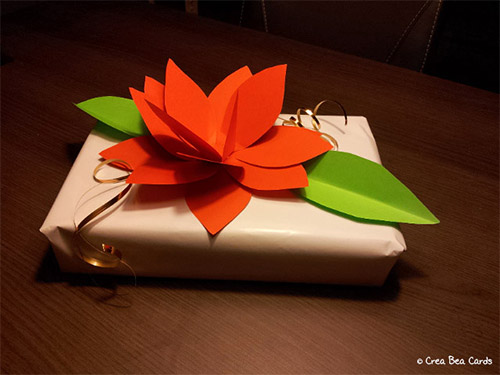 Flower gift wrapping
My boyfriend isn’t that much into Sinterklaas. Sinterklaas is a Dutch tradition which you can compare to Santa Claus.

I didn’t want to leave my boyfriend completely out of this tradition. That’s why I wrote him a poem, bought him a gift and wrapped it in a more crafty way than an average present 😀

Hello there! My name is Evita. This blog is all about my handmade cards & paper crafts and tutorials. Read more